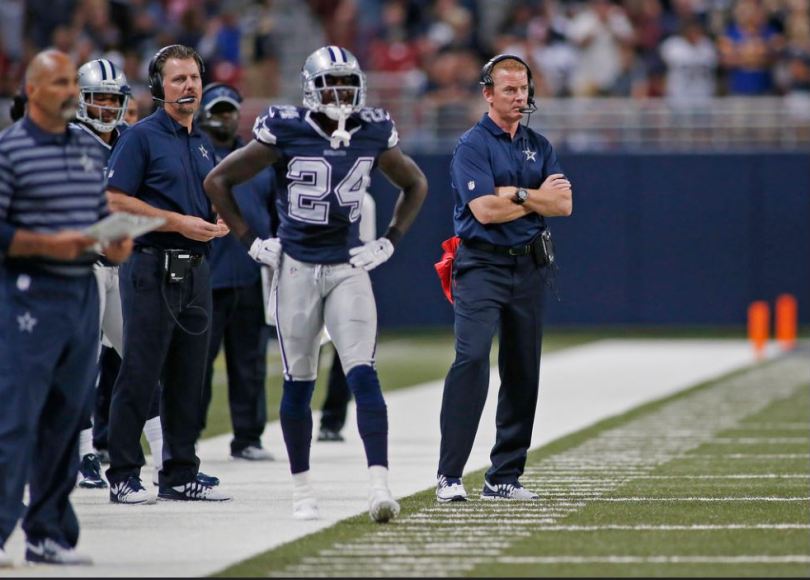 We’re back to make you some more money. Advice coming from the guy who told you to bet Tommy Fleetwood at 40/1 for the US Open then he went and got second. (If you don’t believe me, check out this article here)

On Monday we did AFC Over/Under Best Bets, and today we’re doing the NFC.

I don’t like the outlook of this team at all. Let’s start on the offensive side of the ball. I look at Prescott’s stats last year. The main differences I saw, 400 fewer yards (3700 to 3300), 9 more INT (4 to 13), and 9 points less on his QBR (78 to 69). Those are better than I expected. That dude had some really terrible games, the ones that make you automatically lose your fantasy football games. -1.3 against Philly (144 yards, 3 INTs), 3.2 against LAC (180 yards, 2 INTs). I expect the frequency of these games to increase as the offensive line is struggling among other parts of the team. Their receiver class might be better suited for the AAF league starting up soon. The lone bright spot may be Ezekiel Elliott, who’s a dog, but sadly he can’t win games all by himself. The offensive troubles are enough for me to feel confident going the UNDER for -150. I’m thinking they’ll be 6-10.

I’ll make the Skins my third over here. First off, I like the upgrade they made at quarterback. I’m not positive Kirk Cousins is a “winning” quarterback. As of now, his stats look really good but I’m not sure about all of the other qualities he has. I could be eating this take on a silver platter as the Vikings go 14-2 or something. Regardless, Alex Smith has shown the ability to win (at least in the regular season), as he’s 69-30-1 in his last 100. That sounds like an improvement in the win total right there. I also really like the addition of Paul Richardson. The guy always made great plays for Seattle and I am excited to see him in a bigger role with Washington. Last off, I was convinced on this earlier in the preseason. Did you all see the trash talking they did in the joint practice with the Jets? They made Terrell Pryor want to quit football. This defense is full of some savages. I’m taking the OVER at +135. I think this team goes 10-6 and competes for a wild-card berth.

My last lock. I could see things going extremely terrible for this team. To start off, their franchise quarterback is suspended for 3 games following a domestic dispute in an Uber. Regardless of what happens there, that’s extremely difficult to come back from. The team is saying all the right things but I don’t buy it. GM Jason Licht finally broke the ice by saying he’s not sure if Winston will start week 4? YIKES. You’re telling me he’s not good enough to guarantee a start over Ryan Fitzpatrick? Isn’t this guy supposed to be your franchise quarterback? There’s a situation where they end up 0-3 after 3 games. Jameis comes in to save the team and it doesn’t go well and they up 3-13 with a top pick. Then they pick a quarterback and the Winston era is over. We’re getting ahead of ourselves. This 5-11 last year team hasn’t done enough to improve in my mind and I see them remaining right around that record. I’m going with the UNDER at -165. I’m guessing they will go 5-11.

Put it in the books. My bets are as following for the AFC/NFC. Now, go to your bookie and go get some money.