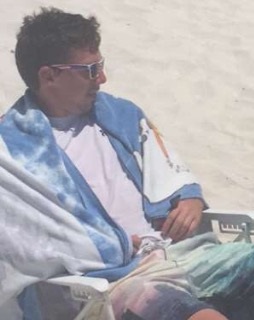 Hey, my name is Jared. I came up with the idea for EDoS in Fall of 2017 as I saw a lack of coverage in sports to represent the working, office class people. My sports obsession started at a young age when I started watching Stump the Schwab on ESPN classic. What an amazing show that was, that guy was my idol. I watched it every night.

We eventually lost the ESPN Classic channel so I moved on to various other things. I played quite a bit of sports growing up including baseball, basketball, football, golf, swimming, cross country, and track. Bouncing around allowed me to view sports holistically. I never got attached to one team or one sport. I loved all sports and knew all the facts you needed to know. How did the Lakers get Magic when there’s no way they should’ve had the #1 pick? I was the middle schooler that knew it. (Gail Goodrich, man)

My main two sports to play became basketball and baseball. Every Friday night I was watching those NBA doubleheaders on ESPN. I was at the heart of those 2008 Kobe/Lebron best player debates. I decided I’d die on team Kobe cause Lebron had never had a ring – how things change. I had every NBA 2K/Live game. I became obsessed with running a team as a GM on these games. I also bought MLB and NFL games and just ran dynasty modes to the championship. Got bored, did a Sam Hinkie-esque tank, and started all over again. I didn’t care that I wasn’t fully in on one sport, I was fully in on every sport.

My dream job became to become an NBA GM or an engineer. (I’ll give you a guess which one happened) and that’s life. Sometimes we don’t end up where we thought our dreams would lead us but we can still do our jobs and have an immense passion for sports.

I play a ton of golf nowadays and sprinkle in basketball, soccer and working out. I could play golf every day, but with work I only get out for about 27-36 holes a week. This adds up to about 40 rounds a year and a lot of my time.

Enough background about me. I am from Ohio and have a background as a Cincinnati super fan. Give me all the Bengals and Reds and Buckeyes. Right now, I will be the West Coast correspondent. I’m based in So-Cal and will be mainly writing about the PGA Tour, NBA, and NFL.